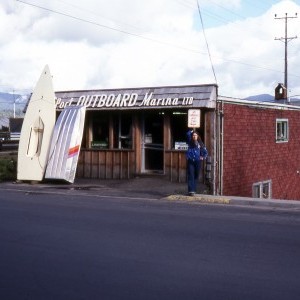 Check Out Some Of The Brands We Carry!

SeaSport Outboard Marina was originally 'Clarks Outboard' until, in 1959 Don Baldwin wanted to buy the store so much so that he worked and saved for a full year to buy it. Soon after he changed the name to SeaSport Outboard Marina Ltd. Since Don was a mechanic he had convinced his Dad to quit BC Packers and work at SeaSport. Don then married Marilyn and together the Baldwins owned and operated the store. About 25 years ago they moved Sea Sport to it's current location at 295-1st Ave East.

After 49 years in business in 2005 Don and Marilyn sold SeaSport Outboard Marina Ltd. to it's current owners Robert Stromdahl and Les Palmer, since that time Robert and Les have grown and expanded the business. In 2010 they expanded to include SeaSport Clothing, a high end fashion store. In 2011 they expanded once again assembling a wire, rope, rigging, and hydraulic shop. Just two years ago in 2013 Sea Sport bought Marinex and now we can also offer metal fabrication to the expanding list of services. Currently SeaSport is still growing and expanding, improving their sales and service. New this spring SeaSport Outboard Marina's boat & trailer show room!

We also enjoy getting involved in our neighborhood, during Cow Bay Day we invite everyone to our store front for a barbque, in recent years our barbeque has featured JJ the Chainsaw Carver, and last year had a wonderful face painting tent as well. Always a fun stop on your tour of Cow Bay! 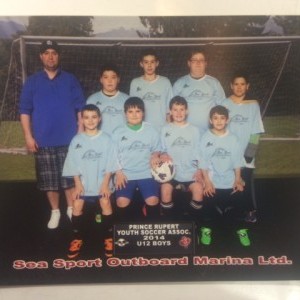